Last weekend, we had the chance to take a dip in the Volcan Totumo.  It’s a naturally occurring mud-filled volcano, which some locals say has mineral infused healing powers.  I’m not sure about that, but how could we turn down the opportunity for such an adventure?

We rolled up, two gringo girls in a minivan, with our kids filing out the back and I’m sure  we surprised them a little.  It’s a tourist destination, but most people come via tour bus.  We were the only one’s there and having the place to ourselves made all the difference. 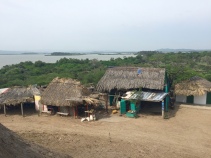 We were first met by some nice “helpers” willing to carry our towels, flip-flops and phones and take all the pictures.  So up the trail we went. 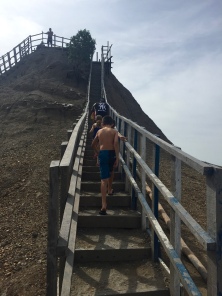 I somehow ended up going first, and climbed down the ladder into the mud.  It didn’t stink, it wasn’t disgusting, but it was definitely natural.  Not for those with texture sensitivities.  The strangest part is you float.  You cannot touch any bottom but you basically bob around until the men in the pit help you move around. 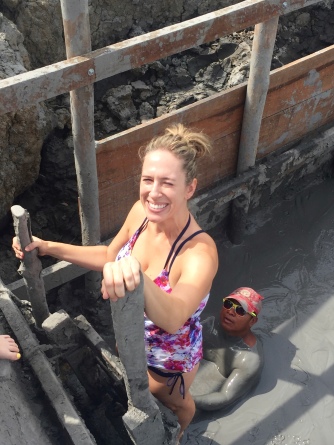 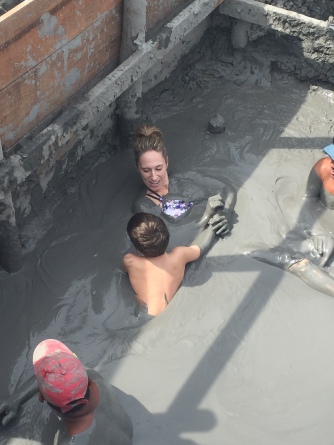 After 10 minutes or so, we climbed out and surveyed ourselves.  Mud. Everywhere. 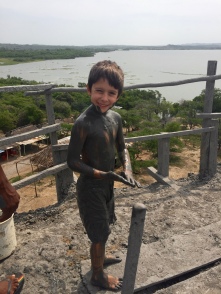 So down the trail and into the lake for a quick wash.  More “helpers” here as well. 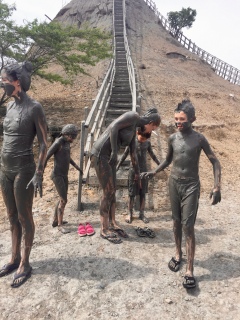 After all the tips were paid and we headed out, I’m glad we made the trip.  I’m not sure I will do something like this again for a while.

Take a Look at These Posts